On 14-15 January 2020, 13 students from Danish high schools across the country participated in the two-day SRP course. The SRP high school course is an annual event hosted by BRIC and this year the theme of the course was CRISPR. 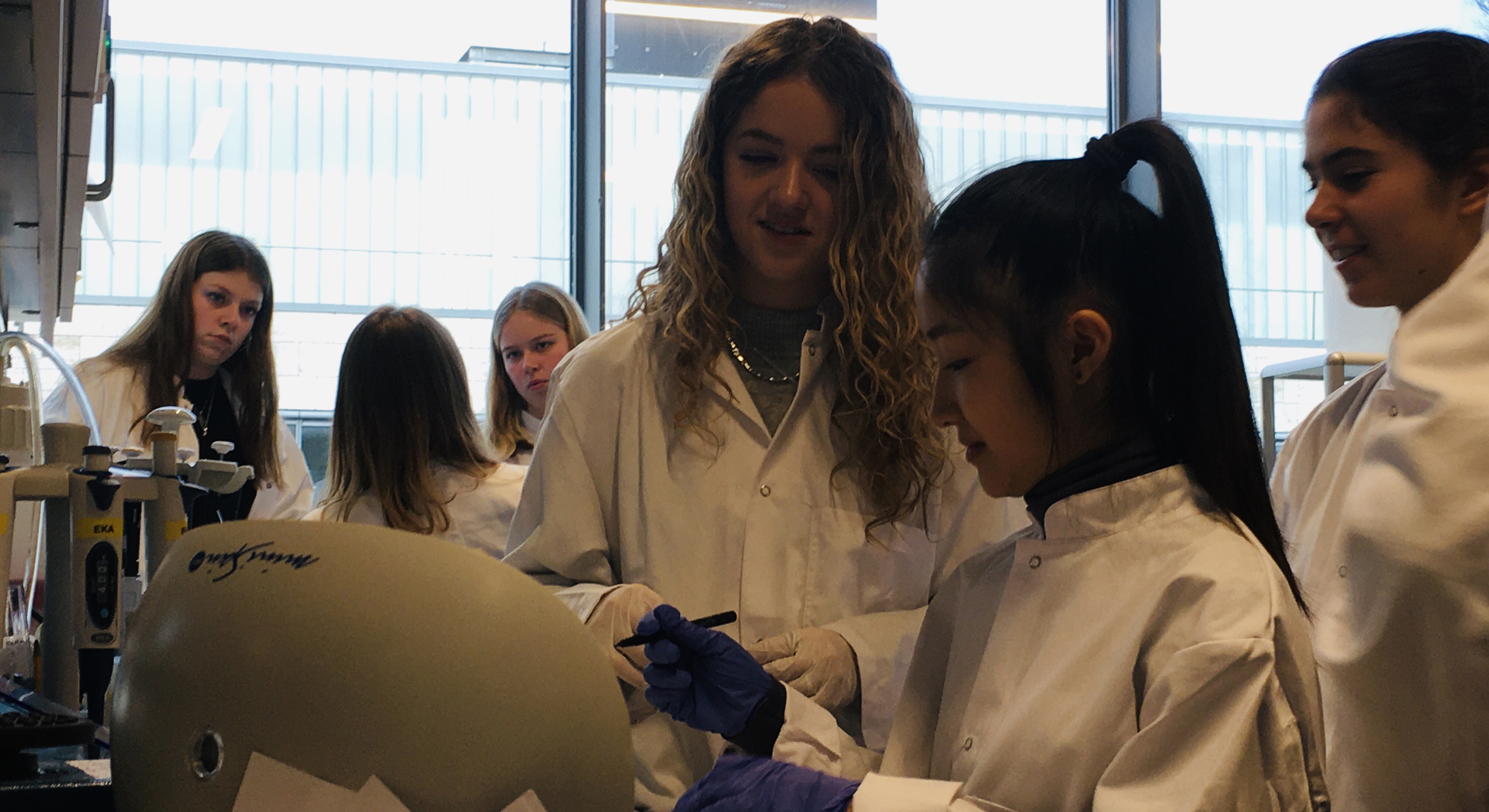 As the rapid development of CRISPR continues to push the limits of gene editing, CRISPR has been both praised and criticized by the media. Especially the Chinese scientist He Jiankui, has been greatly criticized for using CRISPR to gene edit two Chinese twins in an attempt to cure them of HIV. A case that both shows the new potential opportunities for treatment and the ethical pitfalls. The SRP course addressed these issues and taught the students how CRISPR works, how to use it, and how to consider the ethical issues connected to CRISPR.

During the 2 days, the students carried out a preplanned experiment about CRISPR and gene editing with the help of PhDs, postdocs and group leaders. The days included theoretical teaching of CRISPR, lab work experiments and analyzing of results. The results from the experiments were photographed for the students to include in their SRP assignment.

Meeting the scientists through in depth teaching

One of this year’s participants was Maximillan from MSG Haslev high school who signed up for the course to get some hands on experience before writing his SRP. However, Maximillan highlights that not only the lab work was a unique experience; it was as much to meet the scientists working with CRIPSR:

“During the SRP course we get to use stuff in the lab that our school doesn’t have the resources for. We also get to work with people who do this every day and we get to meet the people who actually helped develop these methods, which is really unique!”

Besides working with the scientists in the lab, Maximillan values the dedication and knowledge of the researchers at the course, which has improved his understanding of CRISPR and will be useful in his SRP:

BRIC will continue to offer the annual SRP course, but the theme may vary from year to year. New courses will be made available here.

SRP is an obligatory written assignment in Danish high school, in which the students must answer a question involving methods from at least two academic subjects.

The SRP programme was organized and carried out by: