Biomarker reveals how aggressive biliary tract cancer is in patients

Researchers from University of Copenhagen and Herlev and Gentofte Hospital have discovered a biomarker that might predict the course of the disease in patients with the rare and aggressive biliary tract cancer (BTC). This may help identify patients who should continue treatment from those who should not. The results have just been published in Clinical Cancer Research, a journal of the American Association for Cancer Research. 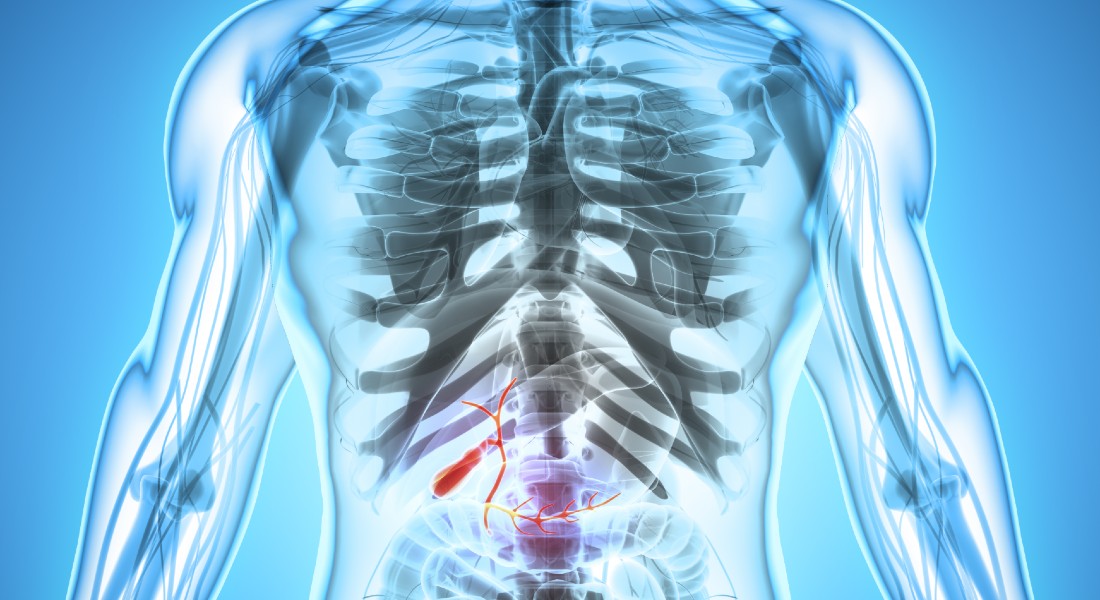 The cancer called biliary tract cancer (BTC) is not the most widespread form of cancer. In western countries, about 1.6 in 100.000 gets the diagnose every year. It is, however, a very aggressive form of cancer.

The majority of patients with BTC are diagnosed with advanced disease and has an average survival of only 1 year from initiation of chemotherapy. With such narrow survival windows, it is crucial to improve our understanding of the disease.

Now, researchers from Biotech Research & Innovation Centre at the University of Copenhagen and Herlev and Gentofte Hospital along with collaborators from Rigshospitalet and Sygehus Lillebaelt have identified a biomarker that can tell doctors how aggressive a patient's disease may be.

“We have found a biomarker that reliably predicts how aggressive a patients disease will evolve, which in the future could help doctors in the hospitals make the right decisions about chemotherapy for the benefit of each BTC patient,” says Jesper Andersen, Associate Professor at BRIC.

Biomarkers can be used for more than the diagnose

The researchers measured the levels of two inflammatory proteins and a biomarker commonly used in pancreatic cancer before and during chemotherapy in patients with advanced BTC and found that patients with higher levels of these markers before chemotherapy had a lower survival rate. Especially one protein called IL6 (interleukin-6) proved to be superior to the other markers in predicting those patients at greatest risk of death.

“A common misperception may be that biomarkers are mainly needed to diagnose a specific cancer type, but diverse biomarkers are also needed to guide clinical decision-making throughout each patients’ individual journey. These types of prognostic and predictive biomarkers deserve increased attention, in particular as they are playing important roles in the increasingly individualized management of more common cancer types”, says Jesper Andersen.

There are several markers to predict patients at greatest risk of death, however it was confirmed that the prognostic information provided by measuring IL-6 is not captured by other inflammatory markers already in routine clinical use. For instance, about 10 percent of the population does not express the marker that is normally measured (CA19-9) to predict the patient clinical outcome. Therefore, the course of disease cannot be predicted for these patients using CA19-9, for which IL-6 may be used instead.

By inhibiting signalling of the protein IL-6 in a mouse model of human BTC, researchers discovered that the response of mouse tumours to chemotherapy significantly increased.

“Our data suggests that inhibiting IL-6 signalling may extend therapeutic benefit compared to chemotherapy alone. However, this will require careful evaluation in randomized clinical trial settings. Such a trial is currently ongoing at Herlev and Gentofte Hospital and results from this and potential future trials will contribute to our knowledge in regards to the potential of targeting the IL-6 pathway in patients with BTC”, says Jesper Andersen

Researchers studying BTC face a data-challenge since only 1.6 per 100,000 of Western populations are diagnosed with BTC annually. This makes it difficult to collect comprehensive amounts of patient data. Therefore, one of the key strengths of this study lies in the patient numbers attained and analysed in this rare cancer demographic, amounting to 1590 serum samples from 452 patients with advanced BTC.

“It is imperative to increase representation of these patients with the worst prognosis in subsequent studies. These studies should also include longitudinal sampling throughout the patient’s clinical history, as we have done here”, says Jesper Andersen, group leader at BRIC.

The sample size achieved in this study was only made possible through the comprehensive collaboration between Herlev and Gentofte Hospital, Rigshospitalet and Sygehus Lillebaelt in Denmark.

"The number of patients and consecutively collected blood samples is among the largest cohorts presented in BTC and has, despite the small Danish population, been possible to analyze due to a decade of biobank work at the participating hospitals. Our results emphasize further biological and clinical investigation of the complex role of inflammation in BTC. For this, we have a uniquely established foundation due only to the contribution by all the patients" says Dan Høgdall, first-author on the current study and MD at Department of Oncology, Herlev and Gentofte Hospital.

These cancer forms collectively comprise a rare and aggressive family of malignancies that arise in the biliary system. However, an important caveat is that diseases which are rare today may not be rare in the future. Worldwide, the incidence rates of BTC have been steadily increasing over recent decades, in part due to modern lifestyle-associated risk factors, such as alcohol consumption, diabetes and obesity. Thus, BTC is a growing threat to societal health and we must anticipate this increasing burden to mitigate growing numbers of future patients, for whom limited treatment options currently exist as well as consider the societal cost

The study has been supported with grants from Lundbeck Foundation, Fabrikant Ejner Willumsens memorial foundation and the Danish Society for Clinical Oncology together with financial support from the Department of Oncology and Department of Medicine, Herlev and Gentofte Hospital.

Read the entire study "Serum IL-6 as a prognostic biomarker and IL-6R as a therapeutic target in biliary tract cancers" in Clinical Cancer Research.