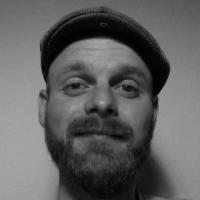 Patrick Ejlerskov received his PhD from University of Copenhagen in 2012. Here Patrick worked with brain macrophages, microglia, and their regulation of the superoxide-generating complex, the NADPH oxidase. In addition, he established a cellular model of Parkinsons disease in which he analyzed the autophagy pathway and potential spreading mechanisms of the disease. This was carried out under the supervision of Frederik Vilhardt in the lab of Bo van Deurs. During his PhD, he was a visiting scientist in University of Strathclyde, Glasgow, Scotland, were he worked with state-of-the-art two-photon in vivo brain imaging analyzing T-cell recruitment to the brain. In his postdoc period he joined the lab of Shohreh Issazadeh, were he has been the main author on describing the relationship between interferon-beta regulated autophagy and development of Parkinsons disease.