The goal of our studies is to understand the mechanisms responsible for maintenance of genomic stability in mammalian cells. The underlying pathways include the major tumor suppressors, and these pathways are obvious candidates for cancer therapeutic targeting.

Pathways promoting genome maintenance are very frequently altered in FBC, because they are disabled by dominant variants often driving early-onset tumorigenesis. Importantly, it is estimated that 70 % of causal familial cancer variants remain to be identified. Thus, major unresolved aspects await elucidation, which is crucial as the identification of cancer inherent defects provides potential for therapeutically targeting cancer specific pathways.We use a combination of screening methodologies to uncover major FBC factors including next generation sequencing of blood from suspected carrier families. These new factors -including the cancer associated variants- are thoroughly investigated to understand their molecular function thereby uncovering potential roles in cancer development and treatment. 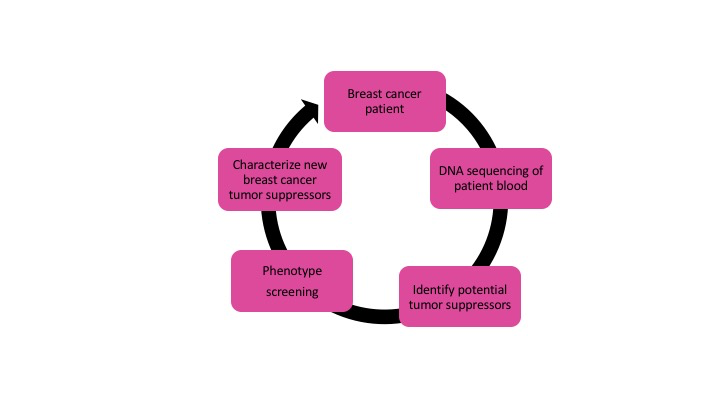 We unravel pathways that suppress genome instability even in the absence of exogenous DNA damage. We use a combination of screening methodologies to identify these factors followed by functional and molecular investigations to unravel roles in cancer development and treatment. 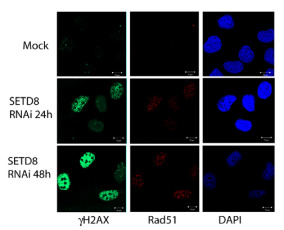 The cellular response to ionizing radiation

Radiation is a DNA damaging approach that together with surgery constitute the major curative breast cancer treatment modality. Specifically, we are unravelling new DNA damage response pathways with the ultimate goal to sensitize p53-deficient cancer cells to radiation. Furthermore, we are generating inhibitors to the new factors which we expect can serve as proof-of-concept radiosensitizing agents.

Researchers find gene that turns up effect of chemotherapy